Backups on the APS 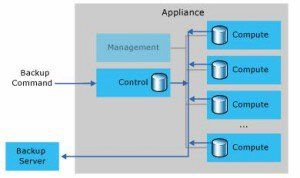 According to this, there are issues to note.

During the backup the status can be seen in the admin-console under  „Backups/Restores“:

The progress of the actual backup can be seen here, but only the total status. We have some performance issues with our backups on the APS/PDW, because they exceeded in time and we were not able to do any loads because the backups needs an exclusive lock. The first suggestion was that the network as a bottleneck, but we have tested it with different infrastructure settings and even in an infiny-band network the backups took the same „long“ time. During the backup the first 30-50% are reached very fast and the remaining percents comes very slowly. So we investigated further  and the following query has showed us a big suprise:

One of the nodes finished only after 1 hour while the other nodes  (in this case only 3 further nodes)  took five times longer:

This may occur because the distribution might be different but a little checkup in the storage properties of the database shows the following, the database files on each node were nearly the same: 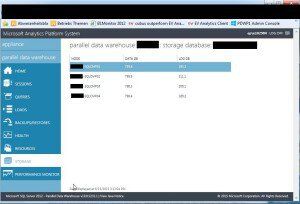 A ticket at Microsoft has been opened to solve this issue.

i can't believe that backup also take an exclusive lock, how can Microsoft call this machine the "modern dwh" if almost every maintenance process takes a lock on something and prevent us from loading data, not to mention fast append that also lock the destination table...

People normally didn't noticed until facing any major performance issue with backing database. you did great work...but it is only half..it will only complete when case will close with Microsoft.