One of the most important services within the PDW is the Data Movement Service called DMS. It is part of the control node as well as every compute node. The name itself already gives a hint of what it does, but we will go a little further into detail.

As we know, PDW and its MPP based approach, split the distributed table by a defined column on all the distributions of a compute node. In order for this to work, each row inserted is checked by the DMS, a hash value gets created and moved towards the correct compute node. It also analysis and processes queries send to the control node and moves the data between the nodes and back if necessary. This also included optimizing, so that the data being shuffled stays as little as possible. So what does it do:
This article is meant to explain the loading process and why it is important to choose datatypes, as well as the database design well to get the best performance. So how exactly does a load process work? Let’s assume we are going to load a flat file via dwloader. In our example we have two nodes to hold the data.
1) DWLoader sends 256kb chunks round robin to the receiver queue of the DMS 2) The ODBC Converter takes each row and converts them to ODBC Native Client. This means that a column with nvarchar(100) takes up 200bytes, even though it only holds the text „hello“. The rest is filled with blanks. 3) A hash is being generated based on the distribution column chosen for the the table 4) For each distribution a cache (No. of nodes * 8 distributions) is created where the row is stored 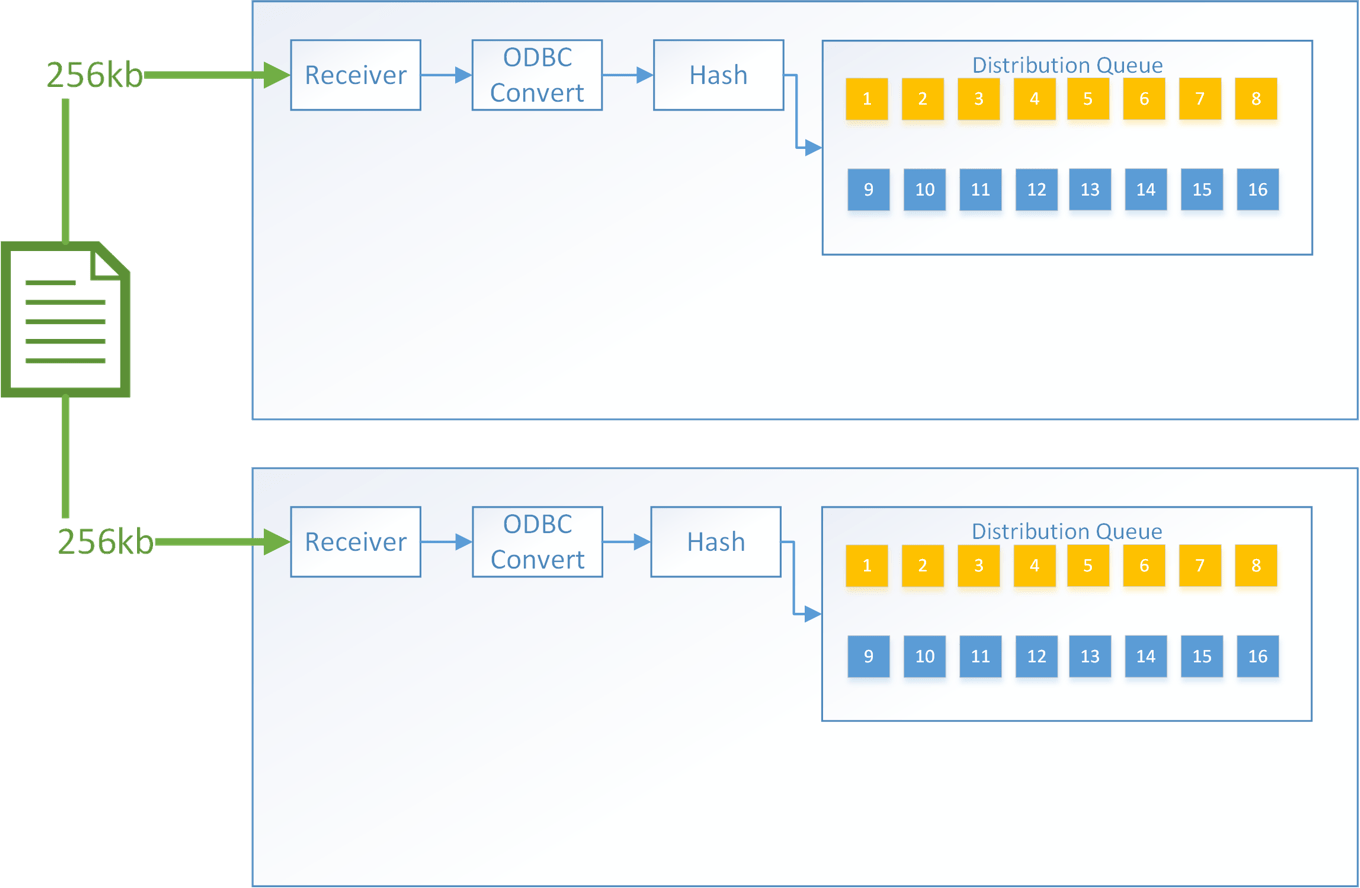 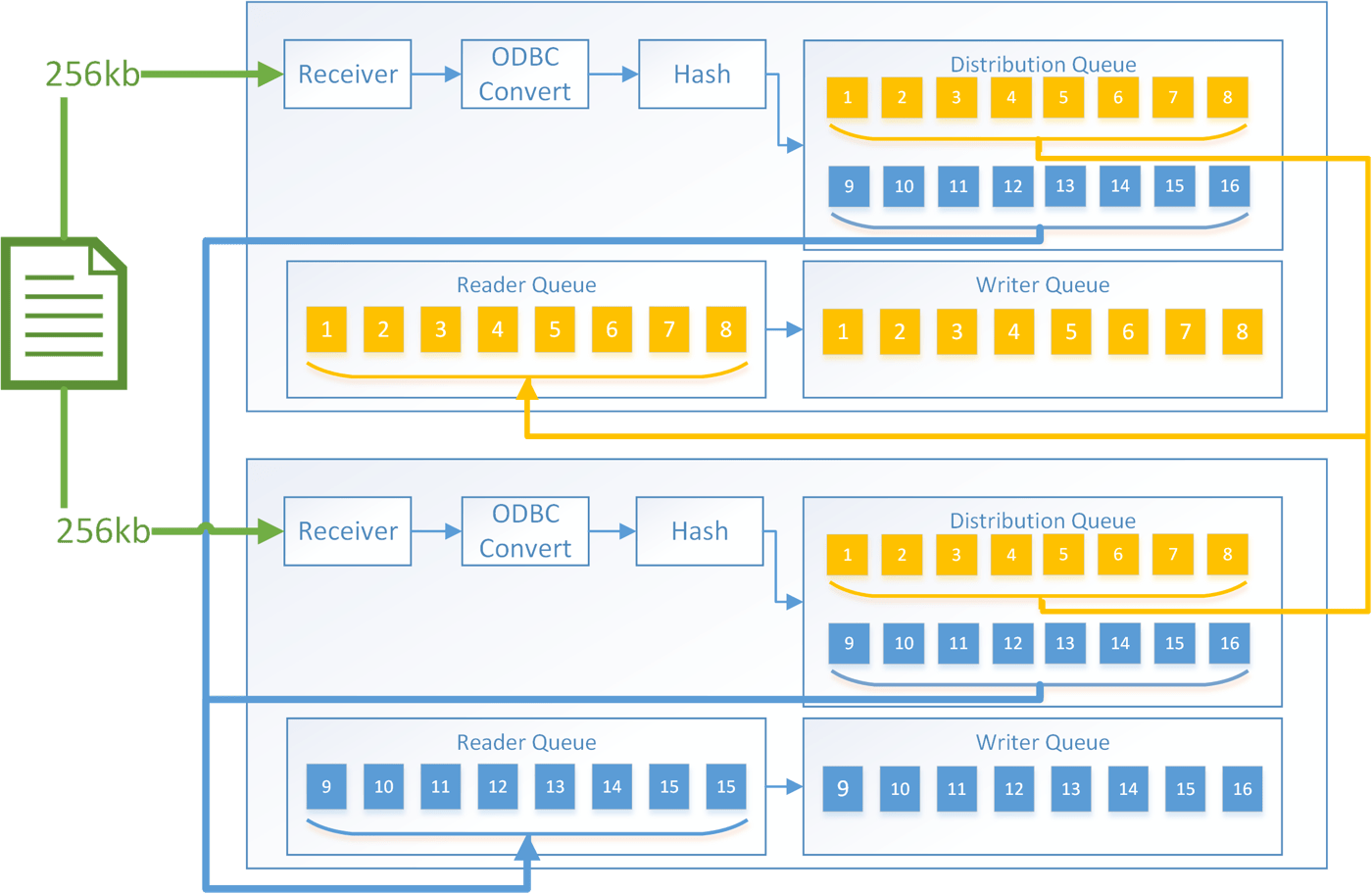 Since the process of loading data into the PDW is explained, what exactly do we have to keep in mind so we don’t run into any issues during the load process as well as getting the best query performance.