A common pitfall with correlations in timeseries

Correlations are often considered an important measure to understand the underlying (probably hidden) patterns in data sets. But as with other statistical measures, a complex situation (many variables, many rows of data) is reduced to a simple numeric value which might be problematic. For example, Ancombe’s quartet shows four totally different patterns of data with the same median, variance, correlation and linear regression.

While the first two are a reliable source for detecting patterns in data sets, the accidental correlations might lead to wrong results. You can find a lot of strange and even funny correlations, for example on this website (divorce rate in Main perfectly correlates with the consumption of margarine). Another very prominent example is the correlation between media mentions of Jennifer Lowrence and the Dow Jones, which was explained by Tom Fawcett in his article “Avoiding common mistakes with time series” : 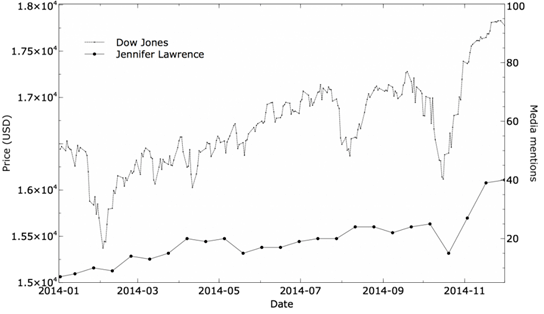 As a consequence, we need to avoid these false correlations. But do these correlation appear likely or are they a very rare observation? Well, the sheer amount of internet sources showing funny examples as the one above could indicate that false correlations are not unlikely to happen.

The setup for the experiment was to generate 10 variables with 100 observations each. Here is an example: 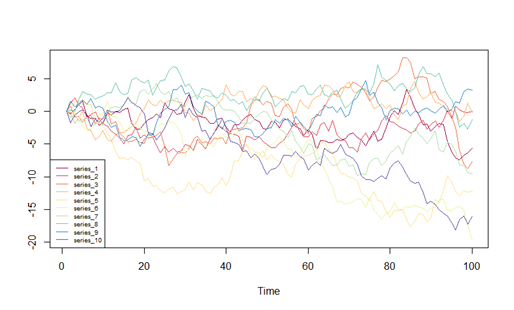 Next, I calculated the correlation matrix for the 10 variables to find strong positive/negative correlation: 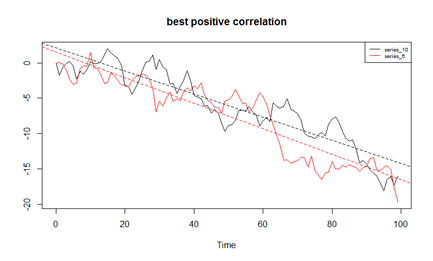 Of course, not every combination correlates well, for example series 6 and 8 have a correlation near zero. But in this example with just 10 variables we found 2 with a good correlation although the series were created randomly. Since this was just a single random experiment with no statistical relevance, I repeated the experiment 100,000 times (Monte Carlo). The random number generator was Mersenne Twister, normally distributed random variables have been computed using Box-Muller. Here is the distribution of the best absolute correlation between two variables in each experiment: 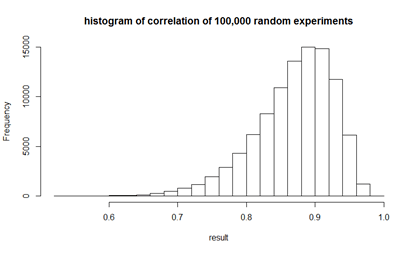 This means that with a confidence of almost 90% we can expect a correlation of .8 for this random experiment or in other words, it is very likely to find a correlation of 10 random walk processes (with 100 observations each). This also means, that when analyzing data you should not blindly celebrate any correlation being found but in the opposite be very skeptical about correlations in your data. You might argue that this effect is a result of our relative short time series with only 100 values (“rows”) for 10 given variables. However, repeating the test for 10,000 values per variable gives exactly the same result. The most important influence is the number of variables. While the correlation is rather poor with 2 or 3 variables, you can be almost absolutely sure to find a correlation of above .8 with 25 variables as shown in the table and chart below (black line: Correlation of .8 and above, the shaded area shows the range from correlation .7 to .9).

Correlations of variables in data sets are often put on the same level with meaning. One may think to have found a hidden pattern when a correlation is detected. However, this post shows that correlations are not rare, but are very likely to be discovered even in randomized data sets with only 10 variables. As a result, we need to carefully examine each correlation we find in a data set. A first step can be to use a holdout and to test the discovered correlations on the holdout data set (much like we use training and testing data sets in data mining). 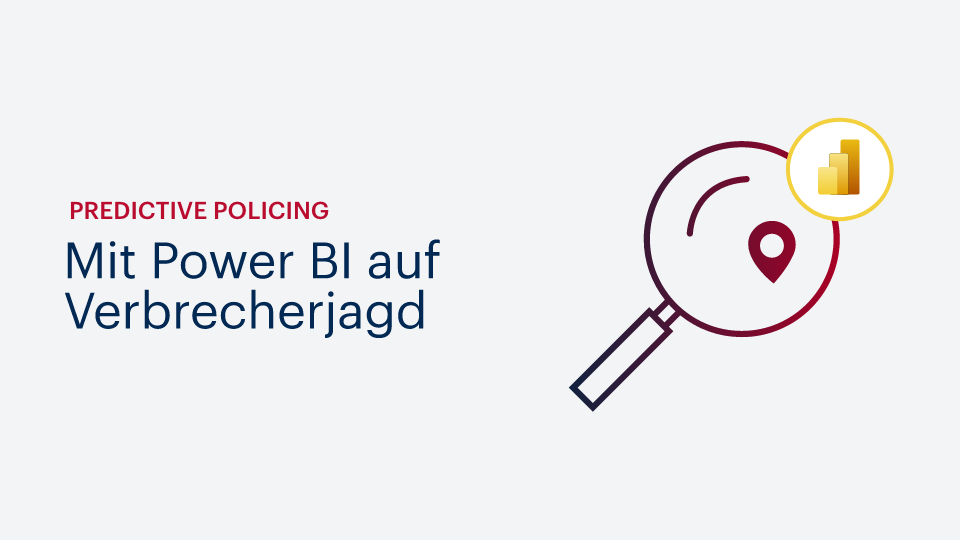