Microsoft has brought with PDW a great appliance for MPP architectures. In order to get all of this to work, there are a lot of different hardware and software components involved. This article is the foundation for upcoming articles which hold the fundamentals everybody should know about PDW and MPP architecture. So let’s start

Difference between SMP and MPP The SMP architecture (Symmetric multiprocessing)  provides fast performance by holding several CPUs,  RAM and Storagen available to multiple processes. This is the default architecture for SQL Server and holds some limitations in regards of performance. As you can imagine SMP Server at some point  can’t execute the statements anymore due to limitations on any of the mentioned components above. Another bottleneck ist the system bus. Everything executed will go through their. So what is the alternative? MPP!! The MPP architecture (Massiv Parallel Processing) is a different approach to the well known SMP architecture. Instead of having a server to do all the work, you have multiple servers doing the work. A special application / services splits the process into several and makes sure that they can communicate and get the results from the different machines back together.

Now that why know the difference between those two types of architecture we can look deeper into Microsofts approach, called PDW. PDW hardware components Whenever Microsoft sells a PDW, there a always several hardware components included. The so called Base Unit includes besides of the 4 hosts machines and the JBOD, Ethernet and Infiniband switches so the appliance can communicate which its components as well as clients. What you can see in the picture below is the so called "Base Unit“ 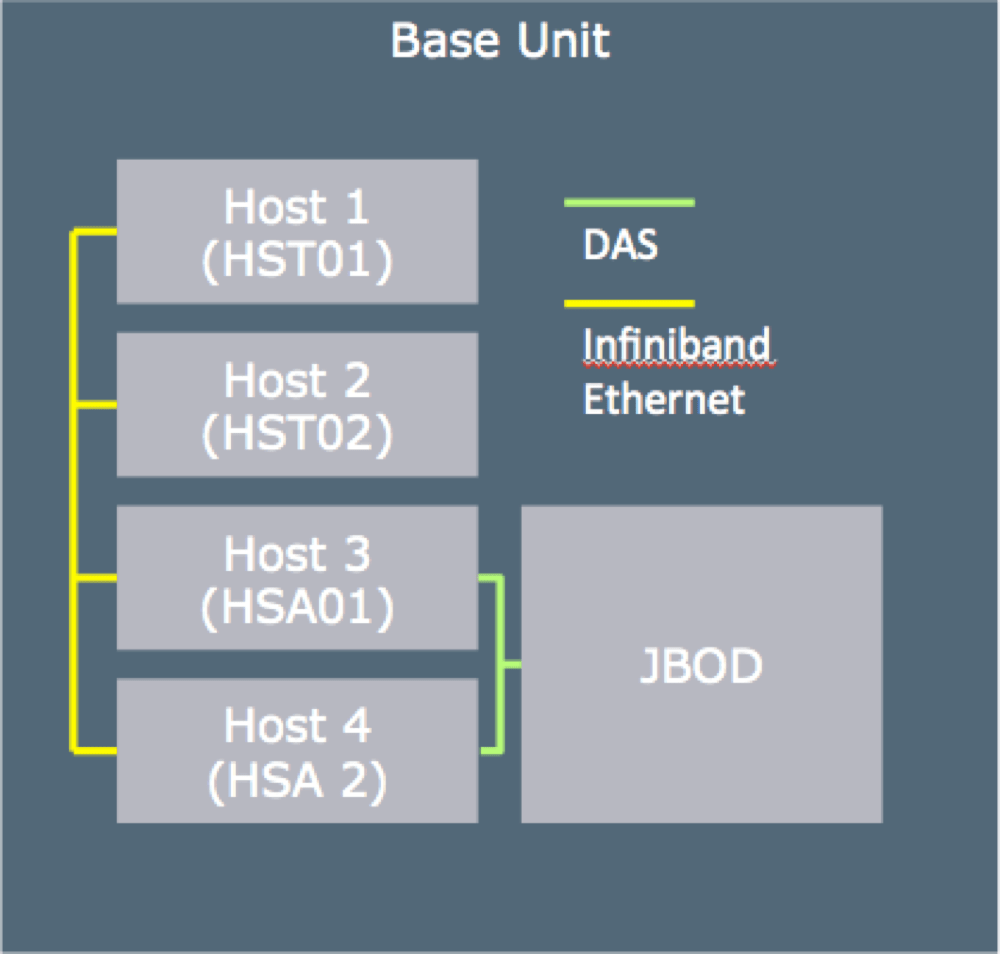 So what is included: So lets go a little more into detail 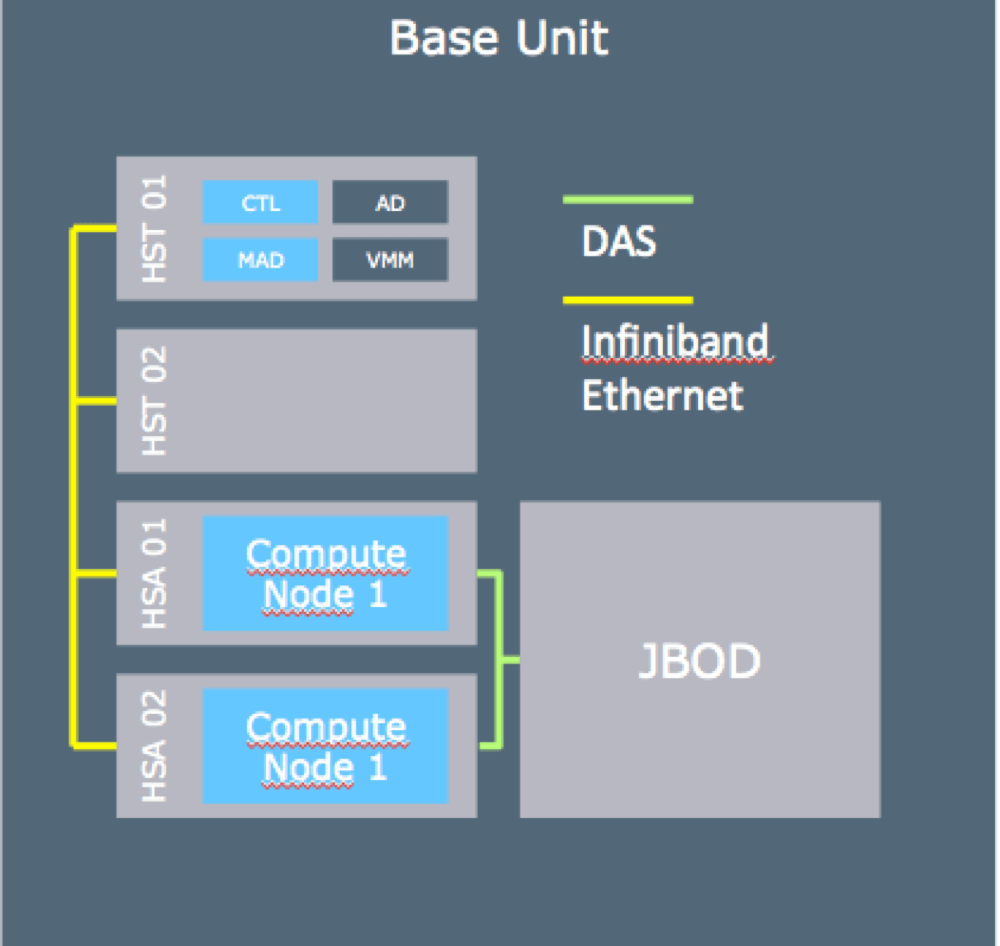 In order for PDW to run you need several services which provide the functionality for the MPP architecture to work. Compared to the PDW V1 the appliance got hardware wise stripped down and the machines are now all virtualized. The first machine HST01 provides 4 basic functionally features: The second machine (HST01) is the first failover machine. No services are running on here and it is only used in case something is wrong with any other machine. Image HSA 01 (Compute Node) would fail due to a power supply problem, the VMM makes sure that HST02 starts the Compute Node 1 virtual machine, so the appliance works as expected. HSA 01  and HSA 02 are both workload machines and hosts the so called Compute Nodes which hold the user data or in other words the database. The data is stored on the attached JBOD. The JBOD is based on Microsoft Storage Spaces and provide the basic storage  As we learned before in MPP the data is distributed evenly across all compute nodes. To scale even further so called Scale Units can be added to the appliance to distribute even further and get more performance during reading and writing. 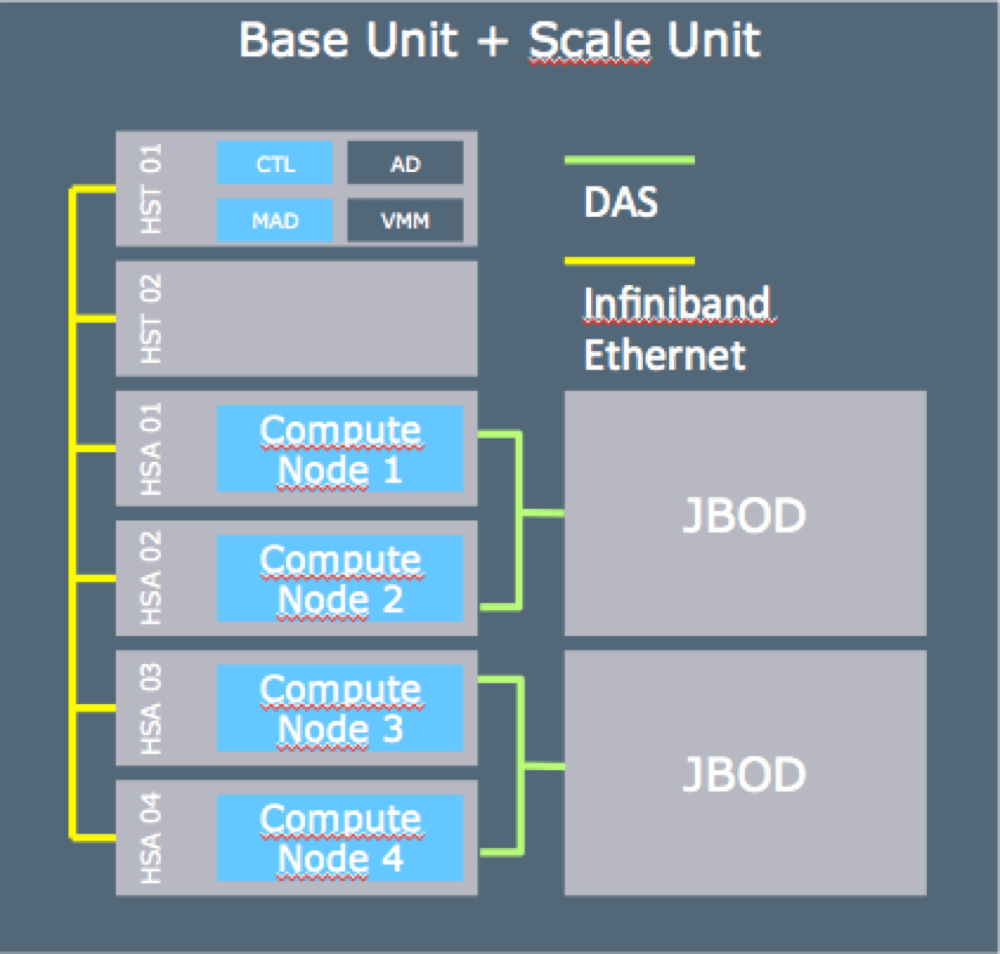